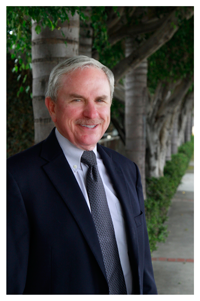 orn and raised in Southern California, Dave was educated at Loyola High School and Arizona State University. After graduation, he founded two successful restaurants in Arizona, eventually selling them to move back to California. He began his insurance career working for Canadian Indemnity Insurance Company before joining Frank M. Flynn & Company in 1979. In 1985, he purchased the agency, eventually joining other local insurance agency owners to form Pacific Unified Insurance in 1992.

Dave has been active in the insurance community, and has served as President of the Insurance Agents and Brokers of the South Bay. He also worked with Project InVEST, which taught high School students the basics of insurance and business. His charitable work includes serving on the board of directors of the South Bay Children’s Health Center for the past 12 years. He is currently its Vice President.

Dave has lived in Manhattan Beach, with his wife Linda, for 30 years.